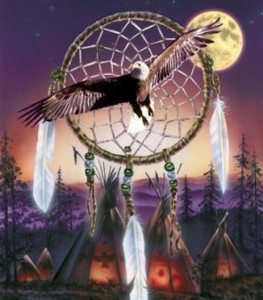 ​Midway between an ancient culture steeped with generations of revered traditions, spiritual ceremonies, legends and mystical stories, and the society of today built with technology and strong differing political and religious beliefs, stands our Native American teenager.

Torn between the elders of the family and the tribal commitments to the past and the pressure of peers in the world outside his or her family the teenager is at a crossroads studded with roadblocks.
​
Confusion, resentment and anger often accompany the youth to this point.
Many young people break through these roadblocks and go on to become well adjusted adults, learning how to bring an acceptable and pleasing balance into their lives, but some do not.
​
As with any teenager, these youth have a struggle to overcome and many stumbling blocks to hurdle.
However, for the Native American teenager, these struggles seem to be far more difficult because of the spiritual aspect connected so strongly to their upbringing.